Multiplicom, a Niel, Belgium-based molecular diagnostics startup, has raised €2.0m in its Series A funding round.

Backers include Gimv, Gimv managed Biotechfonds Vlaanderen, VIB and University of Antwerp. Gimv and Gimv managed funds invest €1.5m while VIB and UA together invest the balance of €0.5m.

The company intends to use the funds for the development of innovative diagnostic tests, CE-marking of diagnostic assays, and to build a sales network in the European Union.

Multiplicom, a spin out of the Jurgen Del-Favero lab of the VIB Department of Molecular Genetics at the University of Antwerp (UA), where its core Multiplexer™ technology was developed, is specialized in the development, manufacturing and commercialization of innovative molecular genetic tests.

These tests allow:
– to determine whether an individual has an increased genetic risk to develop a disease,
– early detection of congenital genetic defect, or
– to identify the most appropriate therapy for patients.

Led by CEO Dirk Pollet, Multiplicom initially focuses on direct sales in Western European countries in combination with new distributors in other countries. 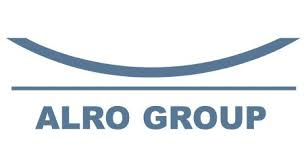