BrightArch AS, an Oslo, Norway-based provider of organizational transformation solutions, has closed its first funding round of undisclosed amount from a group investors.
The round was led by Kima Ventures and completed by the members of BrightArch’s newly formed board of directors.
It consists of Scandinavian and UK business executives inclduing Lars Groth, Professor at The University of Oslo, Magnus Sjöqvist, Former Accenture Sweden CEO, Nigel Carter, Former International Director of HR at Credit Agricole, Fredrik Hillelson, CEO of Novare Human Capital, Thomas Kirsebom, Country Manager of Navigio in Norway, and Mats Hanson, former VP at Volvo, and former Director of Business Development at IBM.
Founded in January of 2010 after two years of stealth product development, the company has been self-funded until this financing round. BrightArch develops and supports OrganizationWeaver software, a centralized decision-management solution to design and staff organizations that are going through transformational changes. It is primarily used during large mergers, reorganizations, spin-outs, or downsizing processes.
Commenting on the round, Tor Kielland, Founder and CEO of BrightArch, said: “With this support, we can offer OrganizationWeaver to private and public clients to help them reduce organizational restructuring duration and costs by up to half”.
FinSMEs
05/02/2011 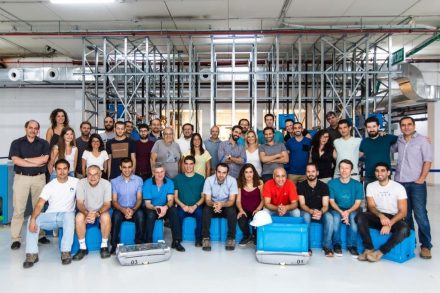