Protagen AG, a Dortmund, Germany-based specialist for in-vitro diagnostics and GMP-compliant protein analysis, has finalized a $10m second round of funding.

Investors include new partner NRW.BANK, and existing backers MIG Fonds, S-Capital Dortmund, S-Venture Capital Dortmund and KfW.
In August, 2009, the company, which is currently focused on novel diagnostics for Prostate, Breast, Ovarian, Colon, Pancreas Cancer, Multiple Sclerosis, Rheumatoid Arthritis, Juvenile Idiopathic Arthritis, Morbus Parkinson, and Alzheimer’s, closed a €3.7m first round of funding.
The capital will be used for the targeted expansion of the business unit Diagnostics and the clinical validation of proprietary diagnostic marker proteins.
Protagen will concentrate its efforts on the development of serum based molecular diagnostics for the early detection of Multiple Sclerosis and the differential diagnosis of Prostate Cancer.
In addition, the company’s UNIarray® technology platform for the development of novel diagnostics based on indication specific autoantibody patterns in patient sera, will be applied in other attractive indications for the development of serum based molecular diagnostics.
Commenting on the funding, Dr. Stefan Müllner, CEO of Protagen AG, was quoted as saying: “This new financing round will allow us the completion of our current development programs until market launch and to evolve to a preferred partner for out-licensing opportunities within the diagnostic industry”
In conjunction with the closing, Dr. Aristotelis Nastos, Senior Investment Manager at NRW.BANK, joins the supervisory board of the company.
FinSMEs
11/09/2010 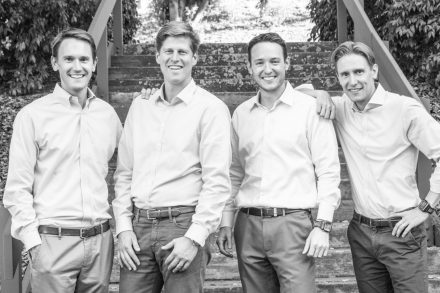