THINK, a Norway-based electric car maker, has completed a US$40m equity increase.
The investment round was co-led by RockPort Capital Partners, an investment fund co-located in Boston and Menlo Park, Calif., specializing in energy and clean technology, and Ener1 Inc., the parent company of advanced battery manufacturer EnerDel.
Rockport Capital and Ener1 each increased its investment in THINK by $12.5m.
All of the company’s shareholders participated in the equity round.
The new capital will be used to support further product development and planned expansion into North American markets. With the new equity, THINK is now fully funded and expects to become cash-flow positive in 2011.

In conjunction with the round, the company also announced two changes to its board of directors. Ener1 Chairman and CEO Charles Gassenheimer was named Chairman of the Board, effective immediately. Incumbent Chairman Reidar Langmo was named Vice Chairman.

The company has raised a total of US$87m since last August, when it started a new phase of production with strategic partner Valmet Automotive of Finland, and has invested heavily in new product development in Europe and Asia.
In January, THINK North America announced a new manufacturing facility in Elkhart, Indiana, and recently completed the initial phase of due diligence for a low-cost, long-term loan with the U.S. Department of Energy (DOE) to help fund the North American expansion.
Commenting on the round, CEO Richard Canny said: “The electric vehicle’s time has arrived, and we are ready to take a leading role among the world’s first global EV makers.
“This last round of equity marks a powerful vote of confidence by THINK’s investors at a time when world capital markets are under great stress.

“Completing our funding requirements will allow us to maintain momentum, accelerate key new initiatives and ensure that we capitalize on our first-to-market advantage”, he added.
The THINK City (see photos) was the first highway-capable electric vehicle (EV) certified to European safety standards, and it will go on sale in the U.S. later this year. The first cars sold in the U.S. will be built in Finland until production in Indiana gets underway in 2011.
THINK has also announced projects to supply EV drivetrain systems to consortiums in Japan with Mazda, Japan Post and Itochu Corporation.
FinSMEs
11/04/2010 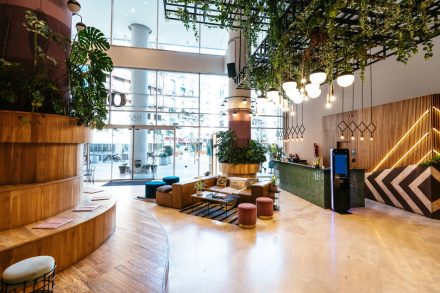