Liquavista BV, an Eindhoven, the Netherlands-based provider of a new type of electronic screen technology, has closed a €7m Series D funding round.
Investors include existing partners Amadeus Capital Partners, GIMV, Prime Technology Ventures and Applied Ventures.
The additional funding is aimed at accelerating commercialisation and supporting Liquavista’s strategy to have products with its technology on the market during 2011.
As stated by Guy Demuynck, the company’s CEO, “This next round of funding is specifically aimed at enabling us to accelerate our commercialisation of next generation LCD2.0 displays.
“Our investors have been impressed with the enormous interest in Liquavista from players in the smart mobile device industry.
Combined with very strong demand for our newly launched System Development Kits, this gave them the confidence to further support our drive into our main strategic markets in 2010″.
Founded in 2006, the company is developing three product platforms based on its LCD2.0 technology –  LiquavistaBright, LiquavistaColor and LiquavistaVivid, which are suited for the next generation of electronic readers and tablet devices.
FinSMEs
13/04/2010 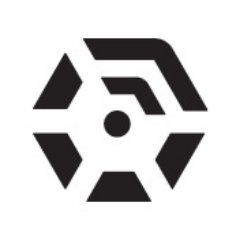