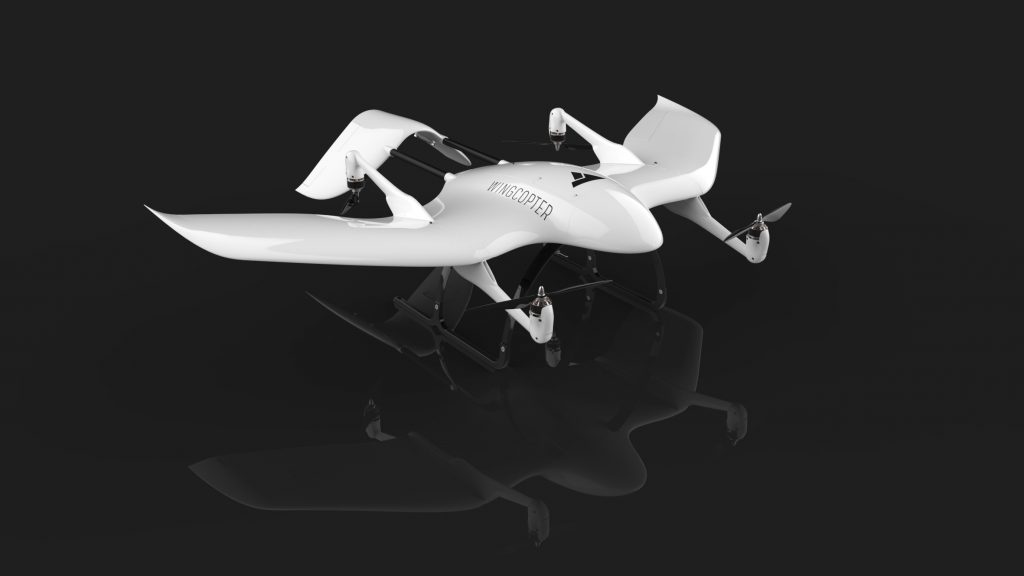 The investment was arranged by Singapore-based Corecam Capital Partners.

The company intends to use the funds to bring hire new specialists, speed up the development of the next Wingcopter generation and expand its global maintenance and sales network.

Co-founded by Tom Plümmer (CEO), Jonathan Hesselbarth (CTO) and Ansgar Kadura (COO), Wingcopter develops and produces autonomously flying delivery drones for social and civilian applications. With its patented tilt-rotor mechanism, the startup aims to close the gap between commercial drones, helicopters and fixed-wing aircraft.
According to the company, its drones can take off and land vertically in small spaces. All four rotors swivel by 90 degrees and turn the drone into an unmanned airplane in seconds. This transition enables ranges of up to 75 miles/120 kilometers in one flight and a speed of 150 miles/240 kilometers per hour.

The company, which already serves various clients in 10 countries, is currently focusing on the delivery of medical goods as well as parcels (e-commerce/parcel service) and food.