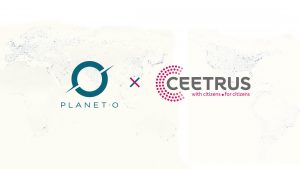 The round was led by global real estate developer Ceetrus, formerly known as Immochan International and subsidiary to Auchan Holding Group.

The company plans to use the funding to develop futuristic brick and mortar entertainment hubs, beginning with their first location expected to open early next year in Shanghai, China, with subsequent plans for continued expansion.

Founded in 2016 by CEO Eric Oetting and COO Scott Minoie, Planet O is a location based mixed virtual reality and social experience hub, where tech companies can showcase their products, games, and experiences directly to China’s 1.4 Billion tech-hungry consumers.
The company has partnered with high-tech XR, AI, and gaming companies from around the world.