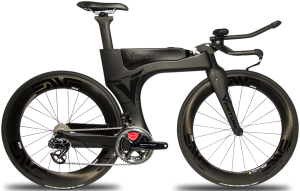 Ventum, a maker of high-performance racing bicycles, raised a Series A funding round of undisclosed amount.

The company, which is moving to Heber City, Utah, intends to use the funds for ongoing growth and new product development.
To support that growth, Ventum is moving to a new corporate headquarters in Utah, where it plans to hire 32 additional employees this year. All the bikes sold in the United States will be assembled at the new location. The company is also exploring moving some of its manufacturing operations to Utah from overseas.

Led by Diaa Nour, CEO, Ventum is a maker of high-performance racing bicycles and the Official Global Bike Partner of IRONMAN.
In 2015, the company released the Ventum One, a triathlon bike available worldwide through dealers and at ventumracing.com.
Over the next five years, the company projects to increase sales to over 40,000 bikes across road and triathlon as well as new market segments, driving revenues of $50MM.