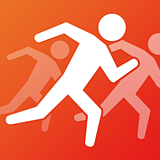 Annagram Ventures made the investment.

The company intends to use the funds to continue to expand the reach throughout the United States.

Led by Matthew Knippen, CEO, Charge Running is an iPhone and Apple Watch app that allows runners to join a live-group running class from anywhere, which updates them in real-time on the current paces, distance, and more, all while keeping them engaged with running playlists.
Key features of the app include:
– Unlimited access to live running classes and virtual races
– Live Leaderboard to compete against others and themselves
– Group chat allowing users to communicate with a coach and fellow runners throughout the run
– Live feedback from goal-oriented coaches
– Stats about runs including average pace and distance so users can watch themselves improve over time

Charge has also partnered with local businesses and charities to help promote wellness by getting others to run together, even if they can’t physically be together. Businesses can take advantage of their platform by doing a company wide race, or a charity run.