The round was led by Cue Ball and Burda Principal Investments with participation from Reid Hoffman, Jacki Zehner, Joi Ito, Julia Popowitz, Roy Martin, Ann Lovell, Will Allen, Maria Thomas, Joshua Schacter, Liminal Ventures, and Scott Green. The company has also reserved up to $1.5m of additional funding capacity specifically for women and minority led investment funds such as Victress Capital, Human Ventures, and Able Partners, who will join in this Series A Round.

Launched in January 2017 by former TED executives June Cohen and Deron Triff, who led the TED Talks into a globally recognized media brand, WaitWhat is a media company committed to the creation of premium content “that scale across mediums; designing media properties whose value builds over time; and eliciting certain “contagious emotions” that accelerate sharing“.
It has developed Masters of Scale, the podcast hosted by entrepreneur and investor Reid Hoffman and has now launched Should This Exist? — a podcast, created in partnership with Quartz, which focuses on what technology is doing to humanity.

Launched in May 2017 as a podcast, Masters of Scale evolved into other formats that expand how audiences access each episode’s timeless content. With guests like Facebook’s Mark Zuckerberg, Netflix’s Reed Hastings, Spotify’s Daniel Ek, Thrive’s Arianna Huffington, Starbucks’ Howard Schultz, Goop’s Gwyneth Paltrow and Nike’s Phil Knight, the product has had 15+ million downloads in more than 200 countries.
In January 2019, WaitWhat signed a partnership with Harvard Business Publishing to create an offering of “Podcases,” which adapt Masters of Scale content into an audio-first version of Harvard’s world-renowned business cases. The first 3 Masters of Scale Podcases are now being licensed to universities around the world.
Should This Exist? is a podcast created in partnership with Quartz, and hosted by Caterina Fake. In each episode, an entrepreneur or scientist with a radical new technology joins Fake to explain how their technology’s wildest potential can change human lives for the better. 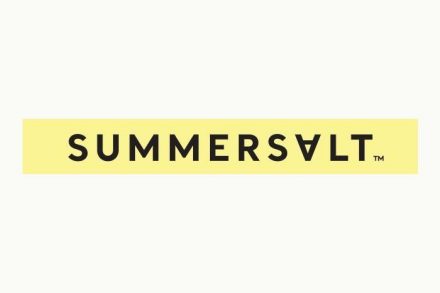