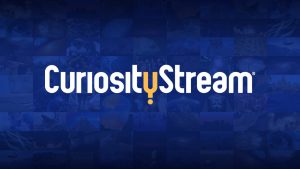 The company intends to use the funds to boost spending on factual programming, drive technological advancement in content discovery, and market the service globally.

Launched by Discovery Channel founder and media visionary John Hendricks, and led by Clint Stinchcomb, President and CEO, CuriosityStream provides a streaming service for high-quality documentaries and series across the full spectrum of the factual genre. It features experts from Stephen Hawking and David Attenborough to Veritasium’s Derek Muller, stunning visuals, and storytelling to demystify science, nature, history, technology, society, and lifestyle. With over 2,000 documentary features and series, many in Ultra HD 4K, including exclusive originals, CuriosityStream is available worldwide to watch on TV, desktop, mobile and tablets. It can be found on the web and via Roku, Apple TV, Xbox One, Amazon Fire TV and Sprint and Google Chromecast, iOS and Android, as well as Amazon Prime Video Channels, YouTube TV, Sling TV, DISH, VRV, Comcast Xfinity on Demand, Cox, Layer3 TV, Sony, LG, Samsung and VIZIO smart TVs, and several other platforms and global distributors.

At the end of 2018, the company reached the landmark milestone of 1 million paying subscribers.