The round, which brings the total amount raised to £10.7m, was led by Technology Venture Partners, The Angel CoFund(ACF), and Venture Founders – plus group of returning and new individual investors.

The company intends to use the funds to further develop its CE Marked radiowave breast imaging system, MARIA, and to move it into full commercial launch later in 2018, and to expand the team with strategic hires.

Led by Roy Johnson, Executive Chairman, Micrima provides a patented breast cancer screening system currently for use in symptomatic clinics, and intended to eventually be widely adopted as a viable alternative to mammography breast screening. It uses harmless radio-waves to detect breast cancer – unlike mammography that uses ionising radiation – and requires no breast compression
The system, which has been trialled in over 400 women in the United Kingdom, with further trials just about to commence at leading European centres, has proven to be effective in dense tissue. 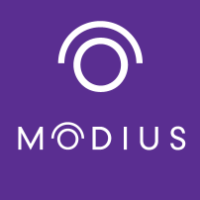