Coineal is the only platform that develops a unique strategy. The legendary “Ultraman” trading platform the first proposed Liquidity Mining model, also alternates the overall style which is completely different from other platforms.

In addition, Coineal’s internationalization distribution is far ahead of other exchange platforms, and it has already landed more than 50 top global blockchain platforms. Europe, the United States, Japan, South Korea, and Southeast Asia are all covered, and the wind of “Ultraman” will soon swipe across the digital currency market.

“Trading mining” allows everyone to see the power of tokenomics and capital leverage, but there are also fatal loopholes existing. The mechanism of providing 100% return on transaction fees and 20% bonus on invitation registration will attract a large number of click farmers and quantified trading teams. These miners can make the trading volume of the platform explode rapidly. However, as soon as mining revenues decrease, the same people will quickly withdraw and dump platform currency, resulting in a rapid decline in trading volume and a plunge in platform currency prices. If the platform trading volume cannot be refilled from the real users’transactions after the miners withdraw, the entire system will collapse.

As long as the platform awards the click farmers’ and quantified trading teams’ self-trading transactions, the trading volume will increase or reduce sharply, accompanied by the platform currency rollercoasting at the same time. This will not only lead to the result of investors bearing huge losses, but also negatively impact the proper development of the platform itself. The self-trading transaction is equivalent to artificially increase the leverage. However, the leverage is a double-edged sword where it can let a country rise rapidly as well as falls abruptly. The development of the platform, ultimately, is determined by the combined positioning of technology, operations, marketing, and capital. If the platform’s own capability is not in place, the leverage will only accelerate its demise.

The core competitive advantage of the exchange platform is to provide real liquidity for the digital assets. Coineal focuses on the original purpose of the trading platform, optimizing the “trading mining” tokenomics model and upgrading it to “Liquidity Mining” model. In the system of Liquidity Mining, Coineal will leave the mining profits to the real individual investors at the initial stage. Users will generate income through time and work, and thus provide real liquidity to the platform as well as reinforce the community foundation. This is also the the purpose that Coineal launched different types of mining accounts.

Coineal will open the API interface so that everyone has the access, but it will not provide any mining incentives for the self-trading exchange platforms. The professionally quantified trading teams can only rely on trading strategies to earn revenue, rather than on colliding transactions with no barriers to competition. This move will inevitably lead to discontent from click farmers and quantified trading teams. However, the feedback from the Coineal’s community shows that individual users are being very supportive. This not only allows the community to form a positive atmosphere, but also enables the platform to develop in a healthy and long-term orientation. After all, in order to really expand the platform, it cannot only reply on click-farming to make it appears to be prosperous. The key determination is whether the platform has the ability to get the most real users and trading volume, as well as the ability to screen high-quality currencies.

NEAL’s tokenomic system can be a positive lever for capital, and it will be more stable and sustainable than the existing “trading mining” gameplay. Coineal is very clear about its own strategy in all stages of development. In the early development stage, it has decided that the profit is given to the individual traders on the platform, so that each real trader can work only 2 hours a day and earn 10 times more.

The first batch of mining accounts, each worth several tens of thousands yuan, was acquired in no time and the mining rate of return was much higher than other platforms

Coineal’s first batch of mining accounts was acquired rapidly by investors as soon as it was released. The revenue of the first-class mining account can reach from 50,000 to 150,000 yuan just from the daily transactions of mining, and the second-class accounts can earn 20,000 to 30,000 yuan per day. In addition, there are platform revenue from dividends and invitation registration incentives.

The process of “refunding transaction fee at the equivalent amount of platform currency” is called “trading mining”. Your account on the trading platform is just like the bitcoin mining rig. Different configuration account acts as different models. The “virtual computing power” of different accounts varies and thus the mining rate of return also differs to great extent. Coineal, maximizes the profit to the users and directly provide a series of highest configurations – “ASIC mining rig”. The mining return rate excels all other trading platforms.

(Note: Details of the event can be found from the official announcement at https://www.coineal.com/index.html#en_US )

If you want to participate in mining and earn more NEAL, but cannot always be on watch. How can you make it happen? The Coineal platform provides an “Ultraman mining robot” for each trader and the transactions can be given to Ultraman to handle. It will automatically trade at the best price in the market. This is just as if you adopt a money-making machine that can help you mine without a break. The author has only seen such considerate service experience once – in Coineal. 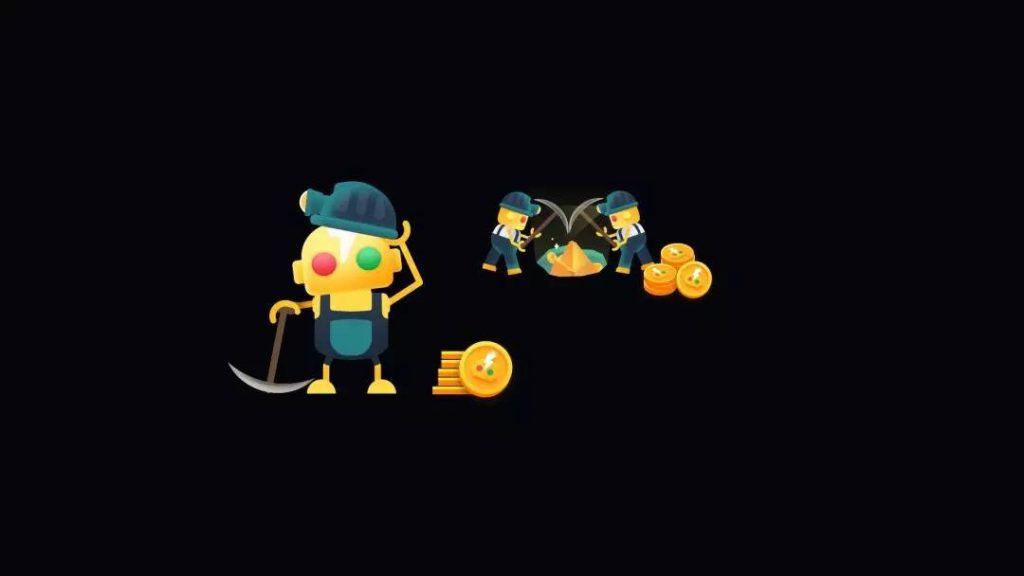 (I am the hardworking “Ultraman”, helping the master to mine and make money without a break~)

Coineal’s style is completely different from other platforms. It is the first exchange platform that has integrated entertainment elements such as anime IP and barrage. Coineal’s platform logo is a cute “Ultraman” image, and people in the community call it “Ultraman” or “little NEAL”. Ultraman is an iconic character that everyone loves , especially for Japanese people. Coineal has attracted a group of Japanese users without even promoting in Japan. This has clearly proved the Ultraman’s charm.

The Coineal community has infinite creativity. Ultraman’s IP image has evolved to a variety of plays. Besides the “Ultraman robot” mentioned previously, there are emoji packs, derived products (T-shirts, hats, dolls, pillows, cups, etc.),and three-dimensional cartoons… Little NEAL’s emoji kits have been rapidly circulated in various communities and it is estimated that they will soon be spreaded to the entire currency circle. 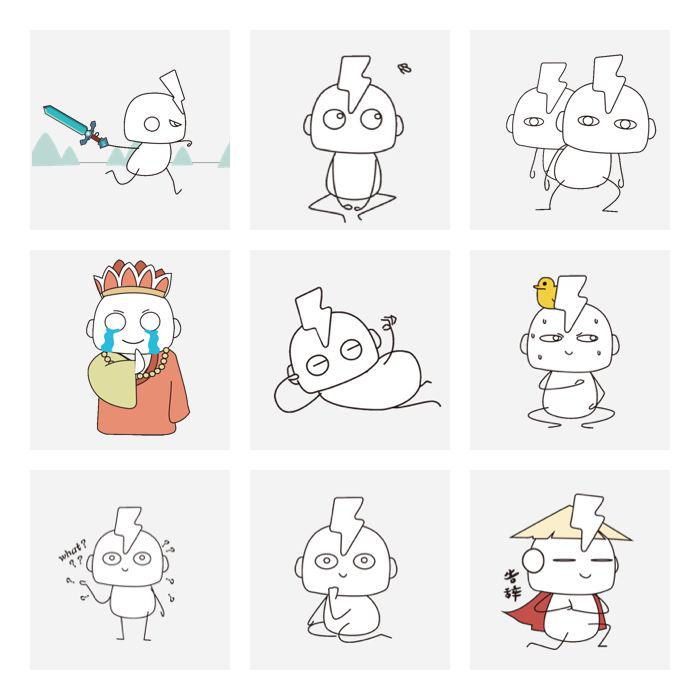 Coineal’s trading interface incorporates entertainment elements such as the 90’s favorite barrage and special effects. In the future, users no longer need to sneak into various groups in order to roast; instead, they can send barrage directly on the trading page. It is soooo much fun! THIS is really the young people’s favorite trading platform – professional and entertaining at the same time. Trading and mining in Coineal not only makes money, but also makes lots of fun. You would want to spend the whole day in Coineal. 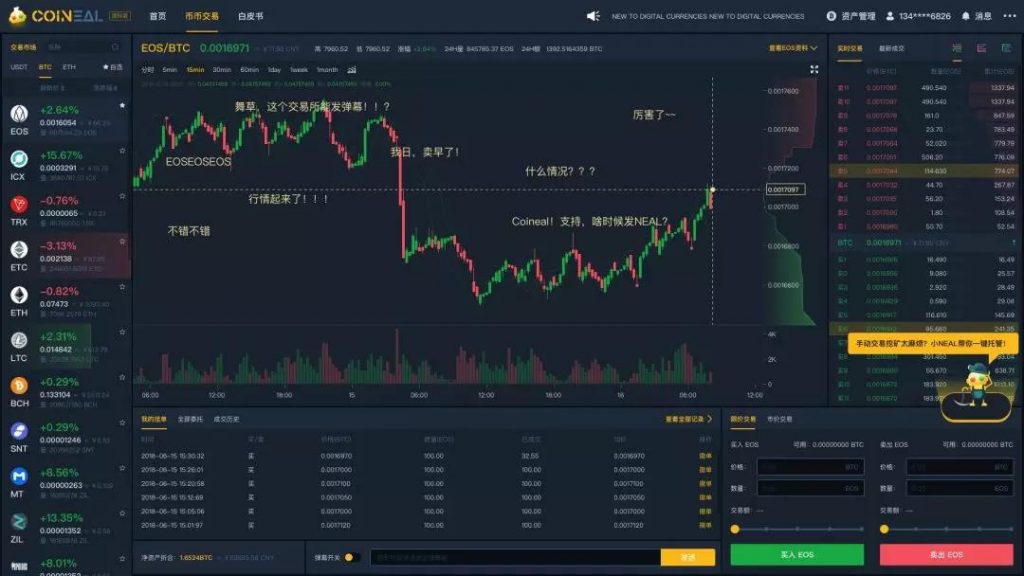 Strong landing on more than 50 top international platforms, an instant coverage of the global market

Coineal is the fastest-growing dark horse among the exchange platforms this year. It began operations in April and started MyToken (MT). It only took 10 days to jump to the #1 of MT trading volume.Among the top 10 exchange platforms at that time, Coineal was the youngest with its products and operations being most unique. It constantly maxed out tokens. After three months of accumulation, the number of Coineal users exceeded 500,000. A complete team has been established and the underlying technology of the trading platform has been continuously upgrading which can provide advanced algorithms. The matching efficiency has reached the capacity to handle millions of transactions per second. Meanwhile, the world-class security and risk control system have been established.

With a solid foundation, Coineal began its journey of transformation and globalization. It has upgraded from an exchange platform to a fully-circulating platform for digital assets, moving from China and Korea to the world. In late June, Coineal will appear on the top international blockchain platforms one after another. The marketing promotion will surpass 99.99% of other exchange platforms. You can check out the “Ultraman” image in the list of stations below:

NEAL is scheduled to go online at 12 noon on June 30th. Coineal’s “Liquidity Mining” tokenomics model and the global strategy layout can provide excellent liquidity for digital assets and instant coverage for global markets.It takes at least 3-5 years for the traditional financial market to complete the issuance and asset tradings whereas Coineal only needs one day in the future! The efficiency of asset circulation will be tens of thousands of times higher than that of traditional markets. If the blockchain and the tokenomics are considered as the turning points between the new and the old world, then Coineal is the “rocket launch center” for global digital assets. 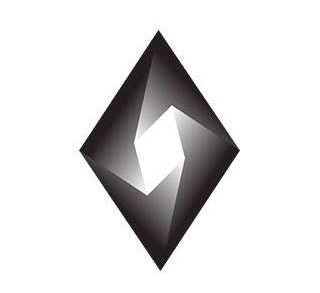 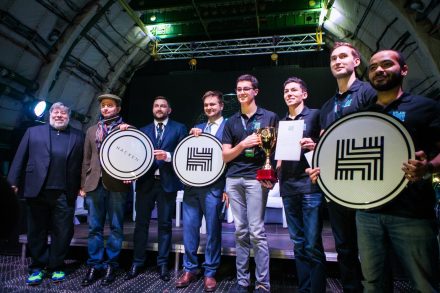