March 24, Moscow — mytime, the digital distribution platform for decentralized games, has announced a successful funding round of $3.5 million. Funds were raised from private investors, during a closed session of their ICO.

Previously, mytime was developing an open blockchain-based platform that converted time spent by a person on a particular service into mytime’s cryptocurrency, but during this process the team saw great interest from game developers and decided to pivot on their main focus.

In decentralized games, a large part of the mechanics and internal economy is implemented as a set of open source smart contracts executed on the blockchain. mytime is not the first company working on a decentralized gaming platform, however they are bringing some unique features that have not been previously explored.

The main difference between mytime and similar blockchain-based projects is that for games created on mytime even the internal rules and logic of the game are stored and accessible directly on the blockchain. For example, the battle system and the rules determining the winner could be stored on a decentralized environment for maximum transparency and openness. The benefits here span from gamers to developers. Developers can easily show why certain actions happen, and gamers can feel confident knowing the system is also playing by the rules.

During the development of the project, the mytime team saw significant interest from the gamedev industry, as increased numbers of game developers became interested in blockchain-based games after the success of CryptoKitties. According to dAppRadar, $30 million worth of goods have been sold in the top 10 most popular decentralized games only for the last week. Thus, mytime changed focus to the development of decentralized games and decided to hold off on the public part of the ICO, as the amount of funds needed for development could be attracted from large, private investors. At this time, mytime is already working with game developers and gamedev experts.

Eduard Gurinovich, CEO of mytime: “Current decentralized games use Ethereum and run into low capacity issues and high transaction costs. We are developing a platform that solves these problems by adapting the blockchain system directly to the needs of the gamedev, this will drastically reduce the entry barriers. Currently, in order to create a game on the blockchain, you have to develop a whole set of related services, including a crypto wallet, distribution mechanism, the communication system and the marketplace for the players, mytime can provide it all.”

About mytime
mytime is a platform for the digital distribution of decentralized games. It provides developers with a new channel for distribution of games, an SDK for rapid development on the blockchain, and a functional application that includes a marketplace for trading in-game items. mytime was founded by Eduard Gurinovich, the founder of the online auction of used cars CarPrice and the service of loans secured by autos CarMoney. 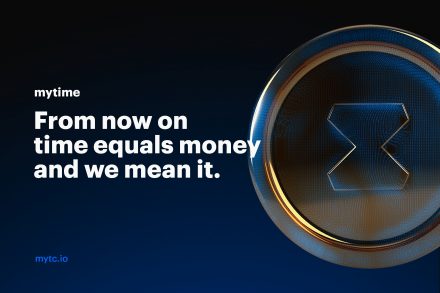