In details, the firm has appointed Anika Agarwal, Rachel Geller and Ross Devor to Managing Director. In addition, Insight has announced the appointments of Matt Gatto, Kevin Hurth and Philip Vorobeychik to Principal, and the hiring of Teddie Wardi as Principal.

Anika Agarwal
Agarwal joined the Insight team in 2014. She focuses on leveraged buyouts and majority recapitalizations of application and infrastructure software companies. She was included in The Wall Street Journal’s Private Equity Women to Watch 2017 list and profiled as a Private Equity Rising Star. Prior to Insight, Agarwal she was a member of the investment team at Vista Equity Partners and the Merchant Banking Division at Goldman Sachs.

Rachel Geller
Geller has been a member of Insight since 2008. As a Managing Director on the Insight Onsite team, she leads due diligence for Insight investments and engagements with portfolio company executives, focused on strategy, pricing and M&A. Geller has been a key team member for several portfolio company exits over the past three years. She previously worked as a strategy consultant and marketer at American Express. Geller mentors emerging leaders as part of the Parity Professional Program and is active in several Chicago non-profits.

Ross Devor
Devor joined Insight in 2013 and has consummated seven platform investments across enterprise software while at the firm. He is a board member at several Insight portfolio companies and leads new investments in high growth application and infrastructure software companies. Prior to joining Insight, Devor was a member of the investment team at Thoma Bravo.

Teddie Wardi
Wardi joined Insight in 2017 as Principal, and was previously a Partner at Atomico, one of the largest European venture funds based in London, and a VP at Dawn Capital, a SaaS focused early stage fund. Prior to venture investing, he served as co-founder and CTO of Nervogrid, a cloud service marketplace platform, which was acquired by ALSO.

Matt Gatto
Gatto has grown his career at Insight Venture Partners since 2010 and was recently named as a “Rising Star” on GrowthCap’s 40 Under 40 Growth Investors of 2017. Before joining Insight, Gatto’s career included online advertising optimization at Verizon Information Services, debt restructuring and issuance at Deutsche Bank Asia, and electronic communications risk management at Merrill Lynch.

Philip Vorobeychik
Another longtime member of the Insight team, Vorobeychik joined in 2010 and has been involved with 22 stand-alone investments and 23 add-on acquisitions, many of which he has led. These deals have spanned over 10 countries, and involved 12 board appointments for Vorobeychik. He focuses on infrastructure and application software companies. Before joining Insight, Vorobeychik founded several internet ventures, including a series of specialty eCommerce stores.

Kevin Hurth
Hurth joined Insight in 2016 in a dedicated Capital Markets role. He manages Insight’s relationships with financing partners and investment banks and coordinates debt and equity capital markets activities across the portfolio. Prior to joining Insight, Hurth was a member of BMO Harris Bank’s Sponsor Finance group. 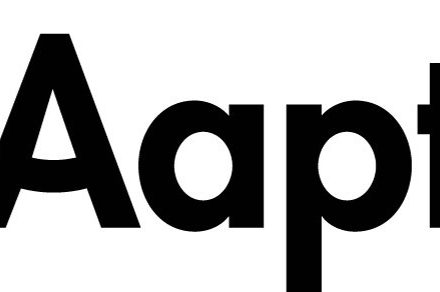 By FinSMEs Published on December 3, 2017
USA