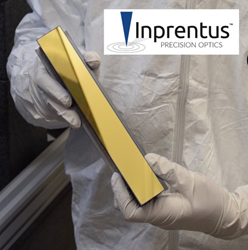 The company, which has now closed its $2.5m Series A round, intends to use the funds to pursue new business in both its current synchrotron market as well as respond to requests from new markets.

Founded in June 2012 by University of Illinois Urbana-Champaign physics professor Peter Abbamonte and led by Ron van Os, CEO, Inprentus designs, manufactures and sells X-ray and EUV diffraction gratings for synchrotron radiation facilities that are used for a variety of scientific and commercial applications by many Fortune 500 companies, academic institutions and government laboratories around the world.

The company is now manufacturing and fulfilling customer orders for its diffraction grating products. It will also focus on expanding into adjacent markets through R&D innovation and international business development efforts.