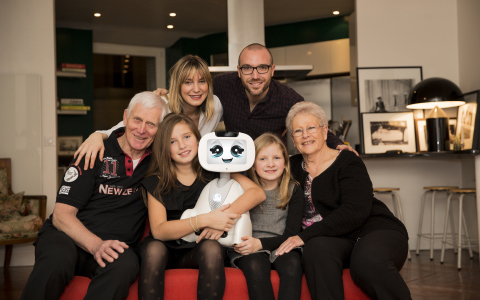 Blue Frog Robotics, a Paris, France-based creator of advanced home, education and entertainment robots, closed a new round of funding of undisclosed amount.

The round was led by Fenox Venture Capital, with participation from Benoit de Maulmin, Co-founder of Infogrames, and Gilles Benhamou, Founder of Asteelflash.

Founded in 2014 by robotics pioneer Rodolphe Hasselvander; Blue Frog Robotics has developed Buddy, a mobile, sociable and emotionally intelligent robot designed to be the whole family’s companion. Its development platform allows the developer community to distribute android applications on the Buddy’s Store.

The funding will be used for the industrialization and market launch of BUDDY robots in 2018.

The company also announced the appointment of Benoit de Maulmin as President of the Supervisory Board, while Rodolphe Hasselvander will serve as the President of the Management Board. Fenox Venture Capital’s CEO and General Partner, Anis Uzzaman, joined as a member of the Supervisory Board.
Furthermore, Blue Frog Robotics added Yves Bléhaut, former Senior VP of Atari, as Head of Partnerships; Salim Azouzi, former Sales Director of Robopolis, as Head of Sales; as well as Delphine Lefebvre, former Project Manager of AirInov, as Project Manager; and Marc Gourlan, former Managing Director of Maxdata, as Product Manager.
Alexander Partners SAS (Alex Carré de Malberg and Charles-Edouard Marcelle-Chevallier) will continue to act as the financial advisor of Blue Frog Robotics.