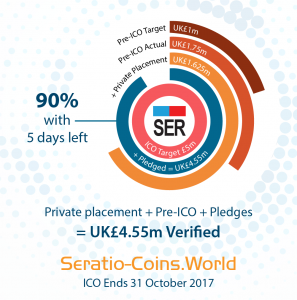 As of 24th October, the Seratio Platform ICO had met 90% of its soft cap. According to Architect Partners, most ICOs fail to meet even 75% of their stated goal with the success rate dropping over time. In September, for example, only 34% of ICOs met 75% of their goal. The ICO ends 31st October 2017. 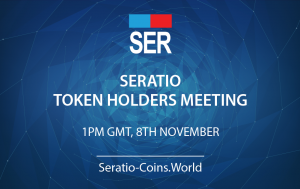 The Centre for Citizenship, Enterprise and Governance (CCEG) will be hosting a Seratio Token Holders Meeting webcast at 1pm GMT, 8th November. This event comes one day after the verified results of the Seratio Platform Initial Coin Offering (ICO) are announced on 7th November and eight days after the close of the ICO on 31st October (Seratio-Coins.World). CCEG is a not-for-profit British think tank that has been measuring values since 2011. The Seratio Platform transacts Total Value (financial + non-financial values) using the Seratio Token cryptocurrency and is the first time Total Value will be recorded and transacted on a blockchain with mass adoption.

Unlike many cryptocurrency organisations, CCEG and the Seratio ICO have a clear and accessible structure, advisory board, and system of checks and balances that prevents challenges such as those increasingly being reported by other high-profile ICOs. In the style of a traditional Annual General Meeting, where corporates are required to present and receive feedback on company performance and management decisions from their shareholders, this Seratio Token Holders Meeting will provide a clear and accessible forum for investors to participate and ask questions. Although common for traditional investments, this is unusual in the largely unregulated world of cryptocurrencies.

“CCEG is firmly committed to accountability and good governance. The majority of ICO projects do not offer the transparency investors and regulatory bodies are increasingly demanding, and CCEG believes in leading by example. Investors have therefore been invited to submit questions and ideas, with an emphasis on future development, transparency, good governance, technical considerations and alt-coin development.”

Barbara Mellish and CCEG Director Prof Dr Olinga Ta’eed will chair the meeting and speak directly with members of the Seratio community. This event will present plans for future development of the Seratio Platform and release of the Seratio Tokens in January 2018; a progress update on the Seratio alt-coin pipeline, including details on the recent launches of the Student Coin, Women’s Coin and City Coin; and to answer questions from the community. CCEG will also present the financial results of the ICO and private pledges.

To encourage participation, CCEG is holding a small competition for the most interesting, innovative and intriguing submissions, with Seratio Token prizes awarded for each of the above categories. More information can be found here: https://thecceg.blogspot.in/2017/10/seratio-token-holders-meeting-1pm-gmt.html#.WfWixNCWY2w.

Webcast details will be emailed to Seratio token holders prior to the event.

Further information (in more than a dozen languages) available on www.seratio-coins.world including the seven White Papers. Alternatively, email [email protected] 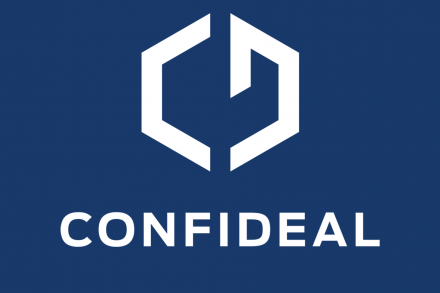 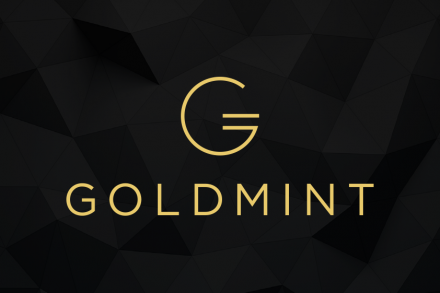