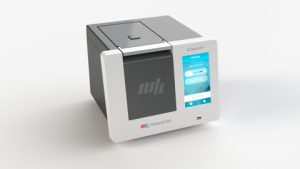 The round was led by Mayfield Fund.

The company intends to use the funds to launch its Tapestri platform,

Led by Charlie Silver, CEO, Mission Bio has developed a precision genomics platform to support the discovery, development and delivery of precision medicine. Based on the work of Adam Abate, Ph.D., from the University of California, San Francisco (UCSF), the Tapestri platform leverages proprietary droplet microfluidics to provide single-cell DNA analysis and throughput, enabling detection of genomic variability within and across cell populations.
The platform, which includes an instrument, consumables and software, has a throughput up to 10,000 cells and DNA accessibility at the single-cell level, which enables researchers and clinicians to identify the differences among cells within a patient sample that may impact disease progression and treatment.

With the Series A investment and launch of the platform, the company also begins its Custom Panel Grant Program which will provide researchers a grant to build a custom panel on the Tapestri platform and collaborate with Mission Bio for single-cell mutational profiling.
The grant program will remain open until December 31, 2017, and two winners will be announced in January 2018. The company will begin accepting custom panel orders in the first half of 2018.

Mission Bio has secured grants from the U.S. National Institutes of Health (NIH) and U.S. National Science Foundation (NSF) and was the winner of the [email protected] Amgen Golden Ticket Award and CYTO Innovation Award in 2016. In addition to Mayfield, other investors include Life Science Angels, Stanford-StartX Fund, Tech Coast Angels and Keiretsu Forum.