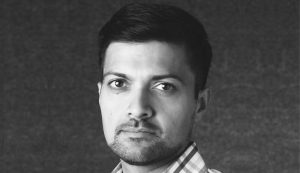 Hamid will be joining the firm as a general partner and managing member. He has a track record of investing in many of the leading enterprise startups of the last decade – including early investments in Slack, Box, Yammer, Intercom and Netskope, where he also served on the board of directors.
Hamid spent the last six years as the co-founder of Social Capital, a venture capital fund based in Palo Alto, CA, where he led the firm’s venture practice.
Before that, he was a partner at USVP.
Hamid started his Silicon Valley career at Xilinx where he spent six years in various engineering and business roles. He holds a B.S. in Electrical Engineering from Purdue University, an M.S. from Stanford University and an MBA from Harvard Business School.

The addition of Hamid is aimed at enhancing the firm’s 45-year legacy in early stage investing, complementing the existing venture team of Wen Hsieh, Eric Feng and veterans Beth Seidenberg and Ted Schlein.