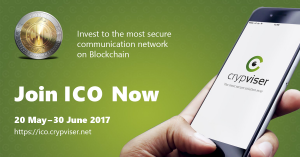 Today, the majority of us use messaging apps for any reason, from staying in touch with the people around us, to sharing thoughts and images and exchanging documents and often think they do not satisfy a minimum level of security.

This can be considered true for the most popular communication networks for instant data exchange, such as GSM, Skype, WeChat, Slack, Google Talk, Facebook, etc., which do not provide an adequate level of protection and privacy.
Think about an average person who is annoyed of the lack of security in the above contemporary popular social networks, a wealthy businessman who wants to communicate safely with his children who are currently studying abroad, a middle-class business owner who works to create complex technical products for specialized B2B purposes, a government official responsible for the management of highly sensitive data, a CEO at a large corporation, In all these cases, people want chats and discussions are being encrypted.

To solve these issues, a new German startup, called Crypviser, has pioneered a professionally-designed, encrypted network for social and business communication that meets the highest standards of cryptography and enables people to discuss private information, without a fear it can be decrypted or found out.

By leveraging patent-pending algorithms of true encryption keys authentication, based on blockchain technology, which help protect against identity theft and man-in-the-middle (MITM) attacks, the Crypviser network provides all the needed features and capabilities for social and business communication, such as secure instant messaging (chat), audio and video calls, photo/video and file sharing, group calls (voice conferences), etc., which up until now have only been available to the largest corporations, financial institutions, government agencies and secret services.

In addition, an independent encrypted local storage on the user’s device allows to securely store all kinds of sensitive data and protect them from data loss due to physical damage or malicious software.

Finally, an integrated crypto wallet in the app allows to safely keep, manage and transfer amounts through CVPay, which is a secure, anonymous and fast money transfer system.

In order to continue to develop and launch the product, Crypviser is now running its ICO which will close on June, 30, 2017.

Following the close, the company plans:
– to start the alpha-testing phase of B2C Crypviser app for Android and iOS platforms and prepare the network infratructure in July,
– launch the Crypviser network for the public in fully-featured beta-phase in August, and
– finally launch its secure communication solution for private entities and enterprises with its apps officially available on Google Play Store and Apple App Store in September. 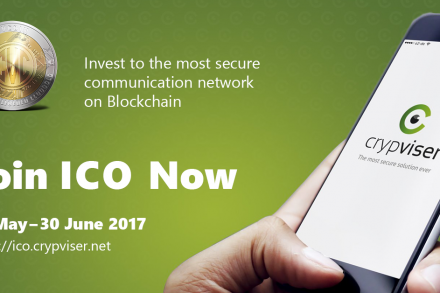 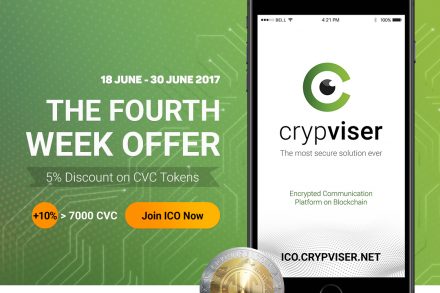 Last Chance to Join ICO of Crypviser, The Blockchain Based Encrypted Communication Network