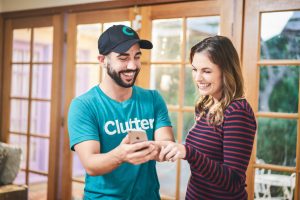 The round was led by Atomico with participation from existing investor Sequoia Capital and new investors GV (formerly Google Ventures) and Fifth Wall. In conjunction with the funding, Atomico Partner Hiro Tamura will join the Clutter board while Niall Wass, who was part of the Executive Team at Uber until 2016, leading the international business across 50 countries, will become a board adviser supported by US-based Atomico Executive-in-Residence (XiR) Carter Adamson.

The company, which had previously raised about $32m, intends to use the funds to continue to expand across the United States.