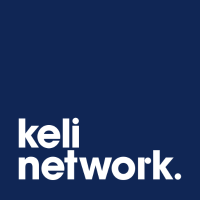 This company intends to use the funds for expansion of its videos on mobile and social platforms.

Co-founded by Michael Philippe, Robin Sabban, and Swann Maizil, Keli Network is a video publisher that builds vertical social channels and distributes content for millennials. The company creates 1,000 videos per month for its social brand channels Gamology, a top gaming channel on social; Oh My Goal, a soccer destination, and Genius Club, which focuses on innovation, inventions and gadgets. A beauty channel, called Beauty Studio, will launch later this month.
The bulk of the content – all of which is distributed via social media – is produced in-house, while 30% is generated by users. The company also has a new Live Talent series that invites influencers to submit their best live videos for distribution on Keli’s channels.
In one year, Keli has grown to more than 500 million monthly views, mostly in the US.