InFlectis BioScience SAS, a Nantes, France-based biopharmaceutical company specializing in the discovery and development of drugs for the treatment of protein misfolding diseases, completed €6m Series A financing round.

The round was co-led by CM-CIC Innovation and Remiges Ventures with the participation of its historic shareholders Go Capital and Participations Besancon.

According to the financial terms of the agreement, the investors pay €4.5m and have an investment option of an additional €1.5m under certain pre-negotiated terms.

Led by Philippe Guédat, President and CEO, InFlectis BioScience discovers and develops new molecules for the treatment of protein misfolding diseases. The
company plans to demonstrate the clinical effectiveness of its candidate IFB-088 in humans, then partner with a pharmaceutical organization for its subsequent development and commercialization. Meanwhile, InFlectis continues to develop new chemical series for the treatment of non-orphan diseases whose etiology also lies in the accumulation of misfolded proteins. The Medical Research Council (MRC) in the UK is one of the company’s historical shareholders with which it co-owns patents protecting the use of IFB-088 for the treatment of various neurodegenerative diseases, including CMT.

InFlectis intends to use the funds to accelerate the development of its drug candidate IFB-088 by financing the regulatory preclinical development and the first clinical study in healthy volunteers and select a second drug candidate, a selective inhibitor of PPP1R15A, as part of a separate program for the treatment of undisclosed degenerative diseases related to protein misfolding. 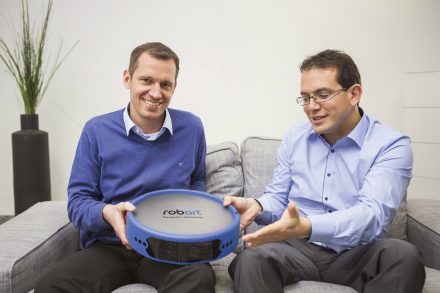