Ginkgo Bioworks, a Boston, MA-based organism design company, raised $45m in a Series B funding round.

The round was led by Viking Global, with participation from previous investors OS Fund, Y Combinator and Felicis Ventures.

The company intends to use the new funds to expand into new categories such as pharma, cosmetics and probiotics, as well as hire additional employees and build out Bioworks 2, the next generation of its robotic Foundry.

Founded in 2008 by Tom Knight, Jason Kelly, Reshma Shetty, Barry Canton and Austin Che, Ginkgo Bioworks specializes in engineering microbes to produce cultured ingredients such as flavors, fragrances, cosmetics and sweeteners. Its foundry, Bioworks1, employs proprietary software and robotics to streamline the design, construction and testing of engineered organisms.
The company currently has more than 20 organism design contracts with customers including Fortune 500 companies. These projects include developing organic pesticides with an agriculture company, sweeteners for a major beverage company and rose oils for a French fragrance company, Robertet. 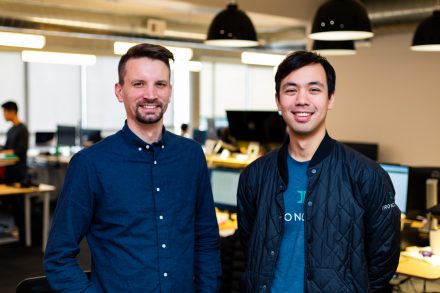