The round was led by Jonathan Teo and Justin Caldbeck of Binary Capital with participation from Mark Cuban, Advancit Capital, Freelands Group, 500 Startups, Indicator Ventures, Tabcorp and others.

The company, which has raised a total of $10m, intends to use the funds to further the development of its eSports platform Unikrn.com.

Co-founded by Rahul Sood, CEO, Unikrn has developed Unikrn.com, which offers legal wagering on competitive video games matches and tournaments around the world. By visiting Unikrn on either mobile or desktop, customers can watch professional gamers participate in live gaming tournaments for AAA titles such as League of Legends, Dota2, Counter-Strike, Heroes of the Storm, and others. For those located in jurisdictions that permit online betting, the platform provides an opportunity to bet on the outcomes of matches and tournaments through a range of bet types common in more traditional sports betting markets.

The company has built partnerships with Hewlett-Packard, Logitech, Razer, Tabcorp, and is continuing to forge other relationships in the gaming, eSports and entertainment space. 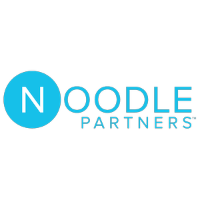