In conjunction with their $15m Series D funding (read here), Jim Cerna, President and CFO of Sauce Labs, a San Francisco, CA-based web and mobile application testing platform, answered our questions about the company, their product, the round and future plans.

FinSMEs: Hi Jim. What’s your background?
Jim: From 2001-2013, I had a long and dedicated career in the fields of oil and energy. My titles ranged from CEO to president, CFO to founder. Prior to that, I was the founder and CEO of NetCurrents, Inc., (NASDAQ: NTCS), an early ASP modeled BI organization that focused on Internet information monitoring and analysis from 1998-2001. I am the author and co-inventor of a US Patent for Real Time Internet Search Technology (FIRST) that was the backbone of the business.

FinSMEs: What about Sauce Labs? What’s the opportunity you found in the market?
Jim: Sauce Labs was founded in 2008 in response to changes in the software development ecosystem. More frequent release cycles and the accelerated fragmentation of browser and OS platforms created a need for agile testing. Our founders, Steve Hazel, John Dunham and Jason Huggins, were inspired by the vision that there was a better way to do automated testing.

They connected the dots to put Selenium, a popular open source framework developed by Jason in late 2004, in the cloud. This way, developers wouldn’t have to set up or maintain a costly and troublesome testing grid. Instead, they could fire up secure virtual machines (VMs) in the cloud, and automate their tests across dozens of browsers and OS platforms in minutes. The result is easier cross-browser and more recently cross-platform testing, faster debugging, quicker release cycles, and better quality mobile and web apps. Pretty saucesome.

How does Sauce Labs work? Can you tell me something about the features…?
Today, Sauce Labs’ secure and reliable testing service enables users to run JavaScript unit and functional tests written with Selenium and Appium, both open source tools sponsored by Sauce Labs, on their native, hybrid, mobile web and desktop apps across more than 450 browsers, OS, device and platform combinations – in parallel – without setting up or maintaining test infrastructure. With Sauce Labs, organizations can achieve success with Continuous Integration and Delivery, increase developer productivity and reduce infrastructure costs for software teams of all sizes.

FinSMEs: Where are you in terms of growth?
Jim: Today, Sauce Labs is seeing overwhelming growth with over 200 million total tests run on our platform, and 145 percent revenue growth in 2014. Our company headcount at our San Francisco headquarters is 75 employees, and we plan to scale out to meet demand in key markets including Europe. Our rapid growth is also reflected by our recent win of the San Francisco Business Times’ “Fastest Growing Startups” list for 2014.

FinSMEs: You just raised a funding round. How are you using the funds?
Jim: We plan to use today’s funding for expansion of our company’s infrastructure and development team, and to also establish an international datacenter.

FinSMEs: What are your future plans?
Jim: Sauce Labs aims to make continuous integration and delivery effective and achievable for software teams of all sizes. We plan to optimize Sauce to do just that. 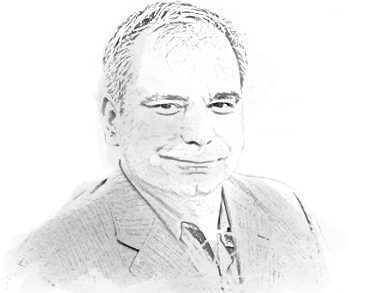