In conjunction withe the new $25m funding round and the release of their new partner program, called SaaS:FLO, we interviewed Justin Moore, CEO of Axcient, a Mountain View, Calif.-based provider of a cloud recovery cloud platform. A multi-time entrepreneur and a recognized authority on cloud computing, SMB market strategy and entrepreneurship, Justin answered our questions about the company, the funding round and future plans.

FinSMEs: Let’s speak about Axcient. When did you start? What’s the opportunity you wanted to exploit in the market?
J: I started Axcient in late 2006, the company was incorporated in 2007, and we raised our first round of capital in 2008. But the idea for Axcient germinated much earlier at my previous startup when during an important client presentation my laptop crashed, and I was not able to fully recover my data. From that moment on, I started doing market research and found that a lot of companies were frustrated over their backups and availability of critical applications. What was surprising to me was that this is a market full of incumbent vendors and public companies with millions of dollars in the bank that had solutions that were not really that great. For me, this meant a good opportunity to disrupt the market.

FinSMEs: How does Axcient work? Can you tell me something about the features…?
J: Axcient has created the world’s first Business Recovery Cloud. This means that companies can protect, recover and run their entire IT operations from the Axcient cloud and avoid any type of interruption to the business. The value of what we offer comes in many fronts. First, with Axcient you can eliminate multiple point solutions replacing with one integrated cloud platform. This means savings in the thousands of dollars that companies can realize the moment they turn on Axcient. Then there is also the fact that we have developed what is probably the easiest interface in the market. With a simple web-based interface, companies can protect their entire IT infrastructure, perform recovery operations and run their business in the cloud. This means a reduction in IT overhead and faster recovery times, which translates back into hard dollars.

FinSMEs: Where are you in terms of growth?
J: We have grown tremendously over the past year. Our employee headcount increased 60 percent; we opened a new office in Austin, Texas that now houses over 20 employees and is already operating at capacity; and we project doubling our revenues by end of 2015.

FinSMEs: You just raised a huge funding round. What about the investors? How are you using the funds?
J: The investment is led by Industry Ventures, with participation from existing investors Allegis Capital, Peninsula Ventures, Scale Venture Partners and Thomvest Ventures. In addition, the company raised a significant growth debt facility, which will be formally announced soon. The money will be used to grow our team, continue our research and development projects, and more importantly, to launch a new channel strategy that is unique in the market. We call it SaaS:FLO, for SaaS Front Loaded Option compensation model, in which we pay our resellers five months of margin upfront and make it easy for them to quote, sell and support clients running on Axcient. This is the first of its kind reseller program, and we think it will influence how cloud-based solutions are sold.

FinSMEs: Future plans?
J: The future is bright for Axcient. In only six weeks running our new channel program, we have signed over 30 resellers and early indicators show us that we will have triple that number fairly soon. Our growth in revenues and client base has also provided us with excellent opportunities to strike technology alliances and look for partners in complementary solution providers and even look at international expansion. While is too soon to make any formal announcement, I can confidently state that Axcient will become a major player in the growing DR-as-a-Service global market fairly soon. 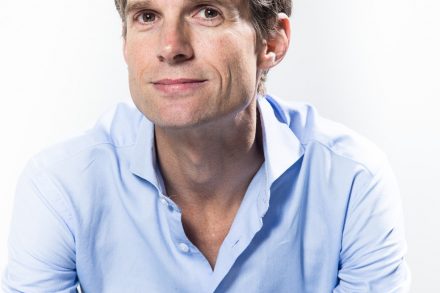 By FinSMEs Published on September 19, 2017
InterviewsUSA