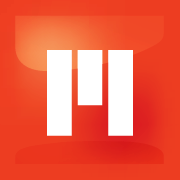 Led by Meron Gribetz, CEO, Prof. Steve Mann, CSO, and Prof. Steve Feiner, Meta provides holographic glasses that see through display and allow users to see, create and interact with digital objects shown in physical space.
The company has shipped its first product, the Meta 1 Developer Kit after a $194k Kickstarter campaign that ran in June 2013 (read here). Coupled with independent funding, they raised a total of $2 million by the end of the campaign.
Now, over 1500 developers and companies such as the world’s largest architecture firm Arup, Salesforce and Stanford University based company, SimX are building augmented reality applications with its SDK.

By FinSMEs Published on February 7, 2014
USA