Bastille, an Atlanta, GA-based security company that detects and mitigates threats from the Internet of Things (IoT), raised an additional $1m in angel funding.

David Cowan of Bessemer Venture Partners made the investment.

The company, which had secured an initial $1.5m in funding from Tom Noonan and John Huntz, intends to use the funds for engineering and support pilot programs, which include some large financial institutions.

Founded in April 2014 by Chris Rouland, a veteran cybersecurity expert and entrepreneur, Bastille is developing an Internet of Things (IoT) security platform featuring security sensors and airborne radio frequency (RF) emission detection, which allow corporations to protect cyber and human assets while providing visibility of IoT devices, entering their environments, particularly those that connect to wireless communications protocols beyond WiFi, such as Zigbee, Bluetooth, Bluetooth Low Energy, and others, which could pose a threat to network infrastructure. Currently in pilot testing, the company expects general availability in 2015.
The company will be formally launching its product at the upcoming RSA Conference in San Francisco this April. 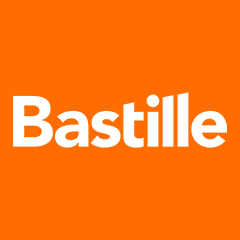