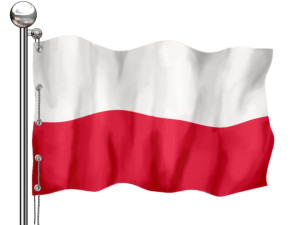 In this article we present an overview of the most successful Polish start-ups to date and the industries in which they have succeeded. This includes a focus on start-ups that began in Poland and kept their technical team there, but now have marketing and sales offices in the U.S. as well. The industries examined include Internet of Things and 3D printing

This article is the first in our series “Start-ups in Poland”, where we will focus not just on individual companies and e-businesses, but we’ll also cover entire communities in different Polish cities, as well as the institutions that support start-ups, such as incubators and accelerators, start-up events and conferences, and the entire start-up ecosystem. This is closely tied to our series “The Investment Ecosystem in Poland”, where we examine the individuals and institutions that finance start-ups and SMEs in Poland.

Compared to many countries in Europe, Poland’s start-up community is fairly small and not very well known outside of the country. However, this has begun to change in the past few years. Polish founders are beginning to think globally, not just locally, and are taking their start-up ideas as far as San Francisco or even China. This trend is fairly recent, and there are several pioneering companies and e-businesses that have been leading the way.

In this article, we will examine our pick of the currently most successful Polish start-ups, all of which have received funding and have had considerable recognition outside of Poland, and the most interesting and successful industries these companies are a part of.

Perhaps the single strongest field in which Polish startups are excelling is the Internet of Things, and specifically beacons. Before we start listing the companies, it would help to explain what the Internet of Things is, and how beacons, Bluetooth Smart and iBeacon all work together to create it.

Broadly speaking, the Internet of Things (IoT) is the communication of everyday devices amongst themselves, through protocols such as Bluetooth low energy (BLE), marketed as Bluetooth Smart, that allow for precise location information. Beacons are small, Internet- or Bluetooth-enabled modules that can be used on their own or integrated into everyday objects such as lamps, coffee makers, doors, window blinds and so on, turning those appliances into “smart” appliances that can sense the presence of other connected devices and be controlled from mobile or computer applications.

One of the better-known Polish start-ups in this field is a company called Estimote. Estimote was founded in 2012 by Lukasz Kostka and Jakub Krzych in Krakow, though currently they have two headquarters: Krakow in Poland and New York in the U.S.. The company makes two products: Estimote Beacons and Estimote Stickers. The former are small beacons, or tiny computers, that are Bluetooth Smart enabled, meaning that they are aware of other Bluetooth-enabled devices within their range. They can be used in a variety of ways, from greeting shoppers at your store with custom discounts to being used around your home to trigger programmed messages as you walk within range. Estimote Stickers are even smaller, “wearable” versions of the Beacons that can be placed on virtually any surface to turn it into a “smart” object – from a bike to a piece of clothing.

Similarly, beacon manufacturer Kontakt.io also got its start in Krakow, and now has an office in New York and a partner office in Tokyo, Japan. Kontakt.io makes BLE Beacons that use Apple’s iBeacon API as well as WiFi enabled Cloud Beacons. These can be used in a variety of ways, from helping visually impaired citizens to navigate cities to incorporating beacons in retail locations or even letting customers pay for coffee through their phone.

A third beacon-based start-up is Ifinity, which is the first of these companies to offer a battery-free beacon. The company was founded by Adam Jesionkiewicz and Michał Polak in Warsaw, where they’re working with the capital city to make it accessible to vision-impaired citizens as well as tourists. The company makes four types of beacons, all of which communicate with devices through Bluetooth LTE: its classic Ifinity Beacon was designed with retail locations in mind, while the battery-free AirBeacon has limitless potential applications; there’s also the smaller MiniTag Beacon and the Virgo Beacon, a “master beacon” that will power a grid mesh network – though that one is still in development.

Seed Labs is different from the previously mentioned start-ups, as rather than making beacons, they make hardware and software that allow beacons to be integrated into everyday appliances. They have already received a $1M funding round from U.S. and European investors, have offices on three continents, and are poised to become a huge player on the Internet of Things market. Seed Labs was co-founded by Rafał Han, who is also a founding investor of Estimote and has been an investor and mentor for several Polish startups. While the company started out in Krakow and their technical team is based there, they now also have headquarters in San Francisco and Guangzhou in China, as well as partner offices in Dublin and Tel Aviv.

The main product Seed Laps makes at the moment is a tiny, Bluetooth Smart enabled module with their proprietary software inside. This module can be placed into just about any type of appliance or device, such as lamps, window blinds, garage doors, toasters, coffee makers, and so on – the possibilities are nearly endless. Rather than sell directly to end consumers, the company’s main clients are the manufacturers of these appliances who want to make their devices “smart”.

One of the biggest trends among successful Polish startups is having offices on two (or more) different continents. Usually this is manifested in one of the founders and the technical team remaining in Poland, in their city of origin, while another founder or a manager opens a second office in a “Western” city, where the marketing or sales team will be located.

Three out of four of the beacon-based start-ups mentioned above have headquarters in at least two cities, one being in Poland and the other in the U.S. This is useful for two reasons: first, technical talent is abundant in Poland, and labor costs are still considerably lower than in the UK or U.S. Second, despite a growing number of VCs and investors, not to mention EU funding, it is still relatively hard to secure funding in Poland, especially for brand new start-ups and e-businesses, compared to places such as Silicon Valley, which is awash in funds and investors. Therefore, the sales teams go where the money is, securing seed money that allows the technical team to operate in Poland.

A good example of this model is the company Sherly. Sherly is a file-sharing platform that is based on peer-to-peer sharing rather than the cloud, unlike similar popular services such as Dropbox or Google Drive. The company was founded in Krakow in 2013, and has had an office in Palo Alto, California since 2014. Sherly’s main product is its peer-to-peer software that works on Mac, Windows and soon Linux, or through a web browser. Additionally, it recently finished a successful Kickstarter campaign to manufacture the Sherlybox, an always-connected, WiFi-enabled hard drive and personal server for sharing and collaborating on files.

Speaking of Kickstarter, Polish start-up IntelClinic also gained funding through the crowdfunding platform. They surpassed their goal more than four times over (reaching $438,573) when funding the Neuro:On, the world’s first sleep mask for polyphasic sleep. The Neuro:On is a mask you wear while sleeping that can help you identify and change your sleep patterns as well as to get over jet lag or other sleeping problems. It works together with their mobile app, letting you measure and monitor your sleep waves, eye movement, muscle tension, heart rate and blood saturation. IntelClinic was founded in Warsaw, and now has offices in the Polish capital as well as in San Francisco.

Our next start-up also relocated part of their business to the Bay Area – specifically to Mountain View, California. UXPin makes design software for UX (user experience) designers who create websites, web and mobile apps. It was co-founded by Marcin Treder, Kamil Zięba, Marcin Kowalski, Piotr Duszyński and Wiktor Mazur in the Tricity area on Poland’s northern coast. UXPin makes a professional tool for UX designers that’s actually made and used by UX designers. It allows easy communication between team members when collaborating on a project through such tools as real-time collaborative editing, chat, comments, annotations and previews.

One of the biggest success stories in Polish start-up history, with a $15 million investment round, is a company called Base CRM. The company Base was founded in 2009, and in 2013 the Krakow-based team of Applicake joined its ranks to become Base CRM – the first post-PC CRM (customer relationship management) software. The CRM branch of Base is still located in Krakow, while the company as a whole has its headquarters in Palo Alto, California. Base makes CRM software designed to increase the productivity of sales teams. It uses data to connect teams, track their progress and leads, and give insights designed to improve their performance. The end goal is helping companies grow their business through easy to use and helpful software.

An additional company that started local and went global is Brainly. Brainly actually began in 2009 as the company Zadane.pl, which is still a popular social homework platform for students in Poland. The English-language version of the e-business then launched as Brainly in 2012. The simple social network offers quick homework help for students in all kinds of subjects. Thanks to their extensive network, a student can post a question from an assignment and receive help in how to solve it within minutes. Subjects covered include English, math, geography, history, science, languages, health and more. The company now has seven Internet portals in different languages and is active in 19 countries, with plans to add another 13. Combined, all of the platforms together have over a million users.

Another category that has seen success for Polish companies is 3D printing, and the manufacture of 3D printers. One of the pioneering companies in this field is Zortrax, which launched in 2013 in the small city of Olsztyn, debuting with a successful Kickstarter campaign that raised nearly $200,000. Their main product is the Zortrax M200, a 3D printer for designed for the average consumer. In January 2014, the American computer manufacturer Dell placed an order for 5,000 of these printers – a deal worth nearly $10 million.

Omni3D is also a Polish 3D printer manufacturer, though their innovation lies in their belief in open source (publically available) hardware. One of their printers features an open-source license, meaning that the company has made all the blueprints available for anyone to download and build their own printer. They also created a 3D-printable wind turbine that can be printed and used to create power anywhere, from a camping trip to a third-world village.

Polish start-ups have begun to make an impact in the world in a variety of industries. While the ones mentioned above are some of the most successful and exciting companies currently on the market, there are others worth looking into, such as Showroom (a popular fashion e-business), Shoplo (an easy way to create an online store), Dice+ (interactive gaming dice), iTraff (photo recognition technology), and many others that are just starting to be recognized in Poland and abroad.