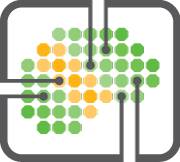 Neurala, Inc., a Boston, MA-based devolper of software that makes robots smarter “so that people can tell a robot what to do instead of how to do it“, closed a seed investment round of $750k.

The round was led by the fund run by venture capitalist Tim Draper, Draper Associates Investments, LLC, and by Robolution Capital, the Paris-based venture capital fund dedicated to service robotics.

The company will use the funds to develop practical commercial applications for both flying robots and gound-based robots that utilize its learning software.

The National Aeronautics and Space Administration (NASA) and the United States Air Force Research Labs (USAFRL) have both contracted with Neurala to develop deep learning controllers that emulate brain functions. Uses range from autonomous exploration of Mars-like environments, to more Earthly use, such as collision avoidance for unmanned aircraft and persistent surveillance.
Investors in the company also include SK Ventures, TechStars and other angel investors.