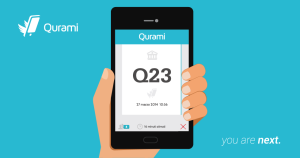 Qurami, a Rome, Italy-based provider of the mobile app that “queues up for you”, raised €500k in funding.

Founded in 2010 by CEO Roberto Macina and incubated within LuissEnlabs, Qurami allows mobile users to take a digital ticket without being in the queue physically at hospital, public administration offices, etc., to know the numbers of people ahead and the estimated waiting time.
When the user turn is coming, the app sends a push notification to the smartphone.
The platform has already been adopted by several local authority and business offices in Italy and abroad.