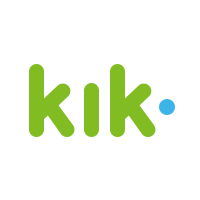 Relay represents Kik’s first acquisition, made with a combination of cash and equity at undisclosed terms. In conjunction with it, Relay founders Jon McGee and Joe Rideout will take key roles at Kik. Relay will discontinue its service on Dec. 15, 2014.

Led by Ted Livingston, CEO and founder, Kik provides a username-based smartphone messenger  used by more than 185 million people who share content with their friends, including photos, videos and mobile websites developed specifically for Kik.
In August 2014, the company, which now has more than 60 employees, launched Kik Promoted Chats, which enables brands to chat and share content with Kik users while tracking and optimizing their results.

The company, which has now raised a total of $70.5m to date, intends to use the funds for product development and further growth of its engineering and business development teams.