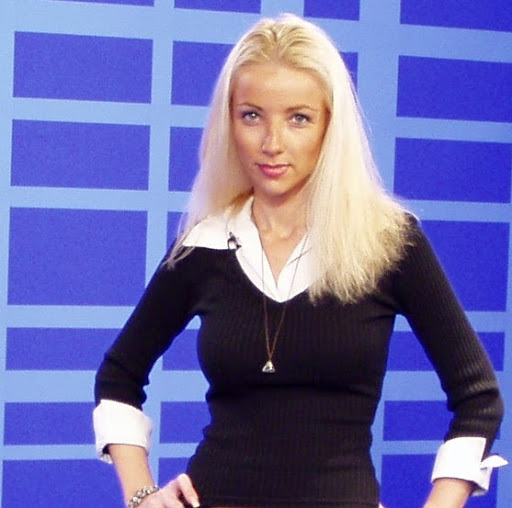 GetYou is launching a social feedback platform that enables users to discover how strangers and friends perceive them. Orit Mossinson, the CEO of the Tel Aviv, Israel-based startup who just raised $1.1m in seed funding (read here), answered our questions.

FinSMEs: Hi Orit. First, can you tell us a little bit more about you? What’s your background?
Orit: In the past decade I’ve been part of quite a few founders’ teams in several leading internet ventures, either as a cofounder or as an advisory board/ board member.
In addition, I’ve represented international investors in the Israeli start up arena and have been part of a number of venture capital rounds.
Currently I am active in over ten companies which I’ve helped establish over the years. Though most people seem to remember me mainly as a member of the Wix founding team, since I pitched Wix to so many people in the industry during our launch. I still serve on the Wix advisory board.
I also hold a Ph.D. in Business and, until recently, have been lecturing in leading Israeli academic institutes for over six years
These days however, my one and only focus is GetYou. This is the first time I have developed an idea on my own from scratch- from drafting the idea on a napkin to building a team, and finally launching last week.

FinSMEs: Let’s speak about GetYou. What’s the opportunity you found in the market?
Orit: The opportunity we found, or the pain point we are addressing if you will, is that at the end of the day we wish we knew how others perceive us.
We build our online personas in social media- and we may think we are projecting a certain image, but can’t know for sure- until now.
A second major pain point we are beginning to address now and will expand upon with future features, is around the lack of a full social feedback cycle. We can’t give away too much now- but you’ll be able to see for
yourself very soon!

FinSMEs: How does GetYou work? Tell me something about the features…
Orit: The main principle behind the app is to break the first impression gap that is eminent in today’s society, and change the way we use social networks. We chose to do this through a game which then opens the door to a broader discussion.
The app presents a member’s picture, upon which a user answers a series of fun questions, such as, “How old do you think he is?” or “Do you think she is a DJ or brain surgeon?” Results are analyzed and presented, allowing the displayed member to discover people’s perceptions of his or her personality traits, occupation, age and more. The displayed member can then friend the users that judged them- and answer questions about them.
Simultaneously, those who judged receive an intuition score, can see how other users perceived the member, and are presented with the true information- in many cases breaking down stereotypes and preconceptions. 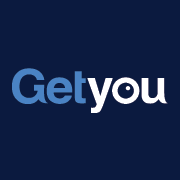 FinSMEs: Can you introduce the other team members?
Orit: I believe the best part of GetYou is the amazing team we’ve built. We are a 11 people team, each a guru in his own field, that have been working together 24/7 for over a year- pretty much as family as it gets.
Gili is our CTO, Hen is our iOS guru, Kfir makes Android magic, Sharon makes all our dreams happen by painting an idea into a product, Arteom makes our server work like clockwork, and Eliana makes everything happen the right way. The rest of the team won’t let me expose their name and I respect that- so for now they will have to remain unsung heroes.

FinSMEs: Where are you now in terms of growth? Some numbers?
Orit: Well we launched on July 8th, so we’re still in early stages- but the distributions and traction was overwhelming. We have users from over 170 countries and the team has developed a new favorite pastime- we spend each spare minute looking at the map watching the number of users playing from each country. The number of profiles in the system grows each minute- so if you wish to see real time number you have to check our homepage!

FinSMEs: You just raised funding. What can you tell me about the investors? How are you using the funds?
Orit: Our investors were chosen wisely based on their great supportive energies. Our leading investor is a VC called RDSeed and its CEO, Nimrod May, is representing her in our BOD.
We also had a few amazing angel investors in this round, including Avishai Abrahami who is Wix’s founder & CEO.
Funds will be used for optimizing existing app and developing its future features. We’re also going to need to grow our team and our infrastructure to keep up with demand.
We currently don’t have any marketing expenses since the launch buzz distributed us instantly but I believe that we would need a marketing budget once new features are up.

FinSMEs:…future plans?
Orit: The GetYou initial app is only our first offering. We are the first social feedback platform and we intend to release additional features in the near future.

FinSMEs: you are based in Tel Aviv, a famous startup ecosystem. What can you tell me about it? Exciting?
Orit: I’ve actually been fortunate to partake in a number of different studies looking into the best tech ecosystems and I really think Tel Aviv is the best! This is due to a few elements, namely the widespread army experience which teaches us to handle stress, not be daunted by difficult tasks, the importance of team work as well as technical skills. I think one of the key strengths however comes from the close knit community. Most people in the ecosystem have crossed paths at one point or another and we all support each other and help each other when we can.