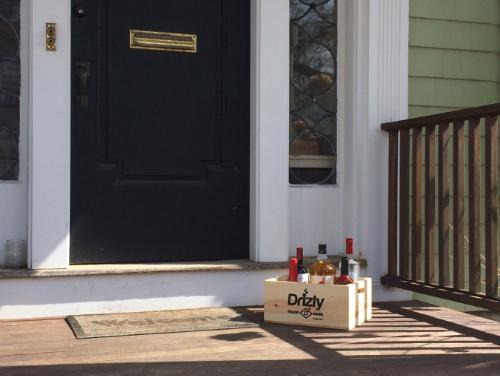 The round was led by Continental Investors of Chicago, with participation from Gary Vaynerchuk through his new Vayner RSE fund, and Suffolk Equity, as well as participation from existing investors announced in January as part of the initial $2.3m in seed funding (read here). In conjunction with the funding, Paul Purcell of Continental, will be joining Drizly’s Board.

The company intends to use the funds to expand distribution of the service into new markets, build better user experiences and interfaces, increase operational capacity and customer service and to drive customer awareness and acquisition.

Led by Nick Rellas, co-founder and CEO, Drizly defines itself as “a liquor store on your smartphone“, which offers a huge selection of beer, wine and spirits. The service is is already present in Boston, Chicago, New York City (Manhattan and Brooklyn), The Hamptons and other cities across the United States.

The company, which uses proprietary forensic ID verification technology,  has already received explicit approval from the alcohol control boards in many of the states it does business in, effectively certifying that it is complementary to the three-tier system of selling alcohol.