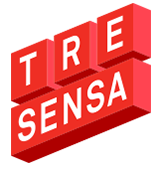 The company, which has raised over $3.5m to date, intends to use the funds to continue to expand its reach.

In December 2013, the company opened a San Francisco office, and is hiring.