DeRev, a Naples, Italy-based crowdfunding platform, raised its second round of funding.

The amount was not disclosed but it is known that Digital Magics, the listed venture incubator (AIM Italia: DM) acquired a 17.5% stake in DeRev.

The company will use the funds to boost its position in the Italian market, open a new office in Milan, Italy (at Digital Magics), improve the platform, adding new features for online payments, participation via mobile.

Led by CEO Roberto Esposito, who we interviewed in 2012 (read here), DeRev aims to launch a new business model based on civic crowdfunding for public entities (municipalities, provinces, regions and other bodies), associations, no profits and innovative creative projects (arts, culture, startups, events) to launch campaigns to raise resources to execute public interest works, initiatives, events, innovative solutions for public transports and improve the city environment and conditions.
The platform currently counts over 5m members on social networks and over 15,000 active users on the platform. One of the main campaigns on DeRev was the one related to Città della Scienza – destroyed by arson on 4 March, 2013 with more than 2,000 supporters and € 1,073,000 raised.

Commenting on the funding, CEO Esposito said that they aim to consolidate their role in Italy and further establish their presence in the European market. 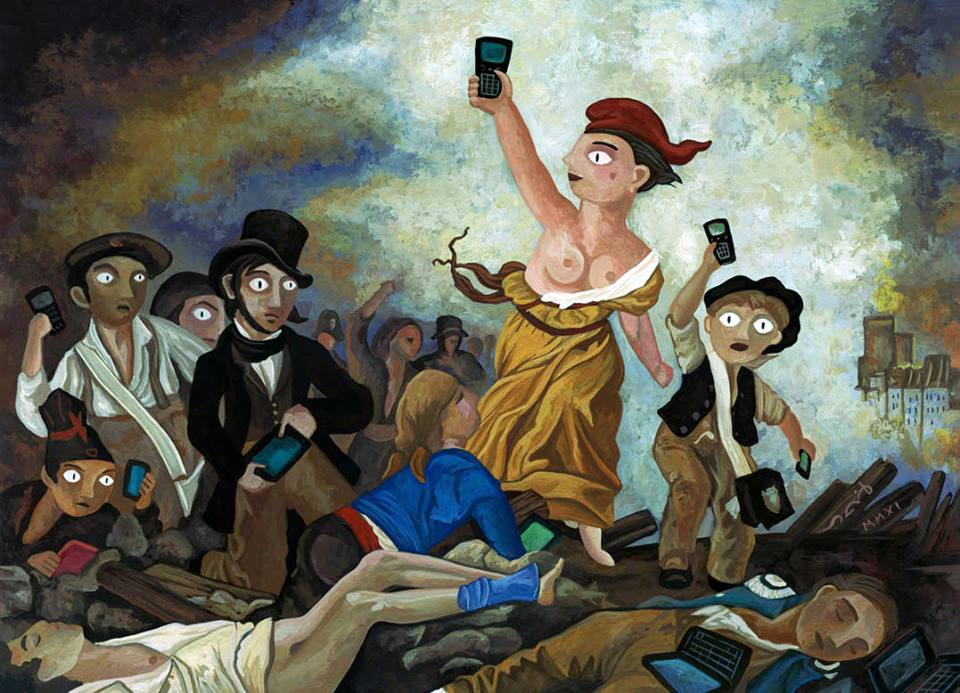 The venture incubator acquires a 17,5% market share of the main crowdfunding platform in Italy, which is opening a new office in Milan.

Thanks to this operation and Digital Magics’ support, DeRev will consolidate its leadership in Italy, focusing on civic crowdfunding and the involvement of public bodies and citizens, further establishing its presence in the European market.

This is the second investment for the Italian start-up, which received a first funding round of € 1,25 million in 2012 by Vertis Venture and Withfounders.

Milan, 19 March 2014 – Digital Magics, the certified incubator of innovative start-ups, listed on the AIM market of the Italian Stock Exchange (symbol: DM), gained a market share of approximately 17,5% of DeRev, the main Italian crowdfunding platform, adding the start-up to its portfolio.

Following this operation, DeRev – which has recently put online a new design for its campaign – launches a new business model based on civic crowdfunding. It aims at becoming the first Italian start-up to offer a structured and “revolutionary” solution to public bodies, associations, non-profit organizations, creative or innovative projects (arts and culture, start-up, events).

From today – on www.derev.com – governments (municipalities, provinces, regions and other public bodies) can launch crowdfunding campaigns to fund projects and works of public interest, such as the restoration of monuments and public areas, the implementation of initiatives or city events, and the development of innovative services for public transport and improvement of city life.

The goal is to turn crowdfunding into a local and social endeavor: the whole civic community shares the desire to improve their own environment and their own city. Civic crowdfunding can step in when a government fails to solve problems on its own, triggering a virtuous and ethical process involving municipalities, regional departments and public bodies. The fundraising campaign launched by DeRev to rebuild Naples’ Città della Scienza – destroyed by arson on 4 March, 2013 – shows the big potential of crowdfunding initiatives promoted by the citizenship, confirming itself as the most successful crowdfunding campaign ever realized in Italy, with more than 2,000 supporters and € 1,073,000 raised.

DeRev consolidates its position in the Italian market by opening a new office in Milan at Digital Magics. Thanks to the certified incubator’s strategic, technological and business management support – in addition to its network of Italian and international relations – DeRev’s team aims to improve the development of its platform, implementing innovative tools for online payment and new functions for mobile participation, making the platform more competitive ahead of its launch on the European market. Today DeRev counts more than 5 million users registered on its social networks and more than 15,000 active users contributing to fundraising campaigns on its platform.

The incubator’s participation in DeRev consolidates the collaboration between Digital Magics and Withfounders, which have teamed to advance the start-up’s growth and establish its presence in the European crowdfunding market.

In 2012, DeRev received a first investment of € 1,25 million – one of the biggest early stage operations in Italy for a digital start-up – from Vertis Venture (a venture capital managed by Vertis SGR and independent asset management company) and Withfounders (an Italian investment company which funded successful enterprises and start-ups, such as Buongiorno Vitaminic, SaldiPrivati, Jobrapido and Glamoo). The two ventures have renewed their trust in DeRev, based on its achievements and promising growth potential.

Roberto Esposito, Founder and CEO at DeRev, has stated: “We are thrilled by this investment, which marks an important stage for our start-up. It opens important perspectives of growth and development for DeRev, and it attests that we have done a good job. Thanks to the support of an incubator as important as Digital Magics, our platform will consolidate its role as the leading crowdfunding platform in Italy and further establish its presence in the European market, offering an increasingly effective and innovative tool to fund and implement the best ideas.”

Enrico Gasperini, Founder and President of Digital Magics has stated: “Communities have always helped themselves with crowdfunding, even if in the past it was not called so, as happened with Milan Cathedral and the base of the Statue of Liberty. It is a very interesting and highly scalable business model that we are willing to invest in. We chose DeRev because it is an innovative start-up that, thanks to experience and good achievements, has the right potential to become a successful business disruptive even at the international level.”

THE CROWDFUNDING MARKET
According to the data published in Massolution Report 2013 – The Crowdfunding Industry, in 2012 crowdfunding grew globally by 81%, reaching $ 2,7 million, with $ 1 million successfully funded campaigns. A doubling up of global volume was expected for 2013, reaching $ 5,1 million. The amount was reach by July 2013 already, further increasing the results by the end of 2013.

In Europe, the growth of crowdfunding stood at 65%, with a profit of $ 945 million, as measured two years ago. Most of the crowdfunding traffic originates in Western Europe, with some countries having the largest rate of collection: United Kingdom (63%), followed by Germany, Poland, France, Italy and Spain.

DeRev – www.derev.com
DeRev is an innovative start-up, funded in 2012 by Roberto Esposito, leader of the Italian crowdfunding market. On 3 August 2012, DeRev closed one of the most relevant early stage operations ever made in Italy, receiving a € 1,25 million investment by Vertis Venture and Withfounders.The start-up operates in Naples and Milan and employs 10 young talents. With more than 5 million Italian users registered to its social networking pages, DeRev’s crowdfunding campaigns have raised over € 1,300,000, with more than 15,000 persons offering financial support to cultural, political, entrepreneurial and charity projects. DeRev has established a national and international network of relations that involves public institutions, political parties, Italian and international companies, cultural bodies, non-profit organizations, universities and incubators. In June 2013, the European Parliament and Microsoft listed DeRev among the Digital Democracy Leaders.

Digital Magics – www.digitalmagics.com
Digital Magics is a certified venture incubator of innovative start-ups, offering content and services with high technological value. Digital Magics is quoted on the Italian AIM , the Alternative Capital Market dedicated to small and medium-sized Italian companies with high growth potential, organized and managed by the Italian Stock Exchange. Digital Magics builds and develops internet start-up, co-operating with the founders , investing equity and providing acceleration services. It starts with talents and ideas , transforming them into successful disruptive businesses in the Italian and international digital economy. The incubator promotes a culture of entrepreneurship and risk, contributing to economic growth and the employment for young people. Digital Magics provides the services to support innovation, creation and the development of digital start-ups, and help them to look for new private and public investors in Italy and abroad that would fund the next phases of development. Digital Magics’ model is unique in Italy and is based on the Digital Magics LAB : the team spots, analyzes and launches new initiatives, providing innovative start-ups with mentorship, financial, administrative, strategic, logistical, technological and marketing communications help, as well as with business management support to accelerate company growth.