iMoney Group, a Malaysia-based provider of a financial comparison platform, closed a $2m Series A funding.

The company, which had previously raised $500k in seed capital from Asia Venture Group Sdn Bhd (AVG), intends to use the funds to further accelerate growth in Malaysia and consolidate its position in other markets (Thailand, Philippines, Indonesia, Singapore and Hong Kong) in the coming months by investing in user acquisition and strengthening its operational teams

Trigger Raises $1M in Seed Round of Funding 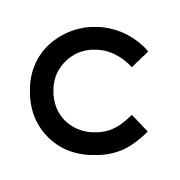