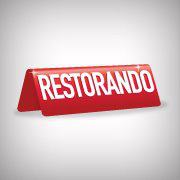 Restorando, a Buenos Aires, Argentina-based provider of an online platform for restaurant reservations, closed $13.3m in Series B funding.

The company intends to use the funds to expand its team and accelerate growth in current cities and other countries throughout Latin America.

Founded in 2011 and led by Frank Martin, CEO, Restorando provides a cloud-based restaurant reservations system, which is mobile enabled and free to diners. It currently serves restaurants and diners in 9 major cities in Brazil, Argentina, Chile and Colombia.