Display every type of message from your smartphone on your Augmented Reality eyeglasses: this is the promise of GlassUp, an Italian startup that is continuing to accept preorders via Indiegogo.

From emails, text messages, Facebook updates and breaking news to directions, heartbeats, translations, or any other info selected by the relevant apps on smartphones, GlassUp aims to become a second screen output for Internet-connected devices.
To reach their target, they have built technology that allows a low-powered Bluetooth connection to send information from the smartphone to the glasses, which display all notifications from a connected Android or iOS smartphone to the lenses as if they were in the air in front of the user. Messages are projected – in monochrome – close to the center of vision from a small electronic circuit and optical element housed in the frame.
The glasses, which currently are in prototype stage and will go into production for delivery in February, will be introduced to the market at $399. They will feature a long battery life that averages 150 hours stand by, and 8 hours of normal usage. 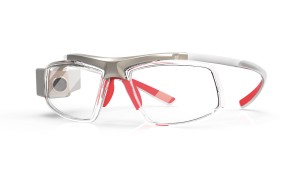 Led by CEO Francesco Giartosio, Gianluigi Tregnaghi, CTO, who is the optical scientist who created helmets for the Italian Air Force as well as Andrea Tellatin, COO, who is a smartwatch creator, Glass UP has released the APIs so developers can develop applications including:
– Notifications such as email messages, news, calendar events.
– Touring information about buildings, historical sites and monuments.
– Subtitles for movies, speech to text for hearing impaired, or instant translations for foreigners.
– Turn-by-turn directions for bicycle or motorcycle riders.
– Gaming apps.
– Apps for maintenance and warehousing. 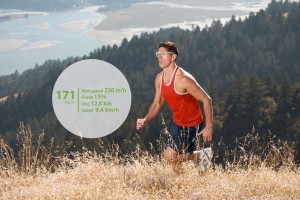 Domino’s Pizza to Back Startups and Ideas on Indiegogo