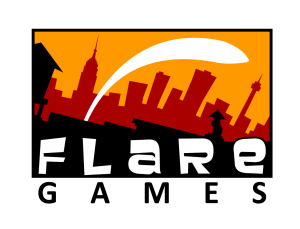 The funding, which follows a €6m round raised from venture capital firm Accel Partners in February (read here), is parallel to a broad marketing cooperation agreement between the company and Deutsche Telekom to work together in the marketing and promotion of mobile games.

Founded in 2011 by CEO Klaas Kersting, Flaregames develops and operates free-to-play mobile games for the iOS and Android platform. All of the games are free and offer players the option to purchase additional services and content within the games.
The first games will be released in April in five languages, with eight games currently planned for release in 2012.

Commenting on the deal, Kersting said: “We had just closed a round of financing and are actually comfortably financed, but were open to T-Venture’s approach, as we consider it a unique strategic opportunity.
“T-Venture’s position as a catalyst between ourselves and Deutsche Telekom opens up numerous opportunities for successful collaboration and access to the customer base of the leading European carrier”.

By FinSMEs Published on February 3, 2012
Germany

iversity Closes Funding Round; Brings Total Raised to over €5M